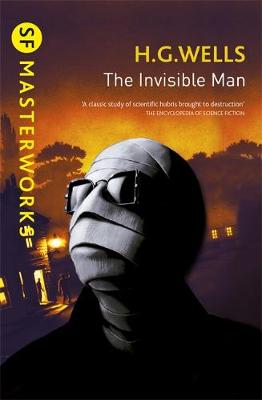 About H.g. Wells
H.G. Wells was born in Bromley, Kent in 1866. After working as a draper's apprentice and pupil-teacher, he won a scholarship to the Normal School of Science in 1884, studying under T. H. Huxley. He was awarded a first-class honours degree in biology and resumed teaching but had to retire after a kick from an ill-natured pupil afflicted his kidneys. ... Read moreHe worked in poverty in London as a crammer while experimenting in journalism and stories. It was with THE TIME MACHINE (1895) that he had his real breakthrough. Show Less

Reviews for The Invisible Man (S.F. MASTERWORKS)
Wells' scientific romances were works of art with unique relevance for our times The Prospero of all the brave new worlds of the mind, and the Shakespeare of science fiction A classic study of scientific hubris brought to destruction
THE ENCYCLOPEDIA OF SCIENCE FICTION