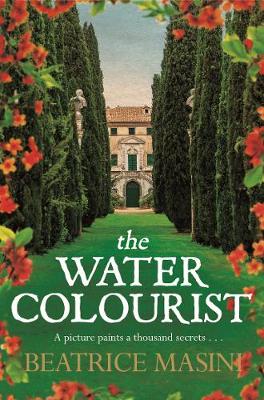 Description for The Watercolourist Paperback. Translator(s): Stransky, Oonagh; Ghelli, Clarissa. BIC Classification: FRH; FV. Category: (G) General (US: Trade). .
Winner of the Premio Selezione Campiello prize and the Premio Alessandro Manzoni award for best historical novel, The Watercolourist is the irresistible Italian bestseller from Beatrice Masini. Nineteenth-century Italy. A young woman arrives at a beautiful villa in the countryside outside Milan. Bianca, a gifted young watercolourist, has been commissioned to illustrate the plants in the magnificent grounds. Bianca settles into her grand new home, invited into the heart of the family by the eccentric poet Don Titta, his five children, his elegant and delicate wife and powerful, controlling mother. As the seasons ... Read morepass, the young watercolourist develops her art - inspired by the landscape around her - and attracts many admirers. And while most of the household's servants view her with envy, she soon develops a special affection for one housemaid, who, she is intrigued to learn, has mysterious origins . . . But as Bianca's determination to unlock the secrets of the villa grows, she little notices the dangers that lie all around her. Who is the mysterious woman she has glimpsed in the gardens? What could Don Titta and his friends be whispering about so furtively? And while Bianca watches so carefully for clues, who is watching her? In The Watercolourist, set against the intoxicating background of an Italy on the cusp of change, a young woman's naive curiosity will take her far into the territory of hidden secrets, of untold truth and of love. Show Less

About Beatrice Masini
Beatrice Masini was born in Milan. She is a well-known and successful writer of books for children and teens, translated into over 20 languages, from Finnish to Thai. She works as an editor in an Italian publishing group and has translated books such as the Harry Potter saga by J. K. Rowling. In 2004 she received the prestigious Andersen Prize ... Read moreas best children's author of the year. Oonagh Stransky was born in Paris in 1967 and currently lives in Tuscany. She has translated fiction, poetry and essays for both British and American publishers. The Watercolourist is the second novel that she has team-translated with her daughter, Clarissa Ghelli. Clarissa Ghelli was born in Italy in 1990, attended college in Rome, and is currently doing graduate work in Art Education at Teacher's College, Columbia University, in New York City. Show Less

Reviews for The Watercolourist
Bianca is reminiscent of both Elizabeth Bennet of Pride and Prejudice and Jo March of Little Women Il Sole 24 Ore There's something of Manzoni ... there are the heartbeats of the youngest Bronte sister, Anne, with her Agnes Grey ... and, as in Rowling's Casual Vacancy, children are the best part of the story la Repubblica The writing is ... Read moreevocative, the main character engaging, and the landscape clear and lovely in the reader's mind Sydney Morning Herald Show Less

Goodreads reviews for The Watercolourist