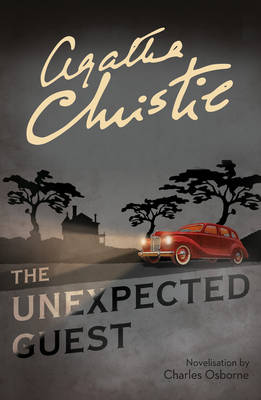 About Christie, Agatha
Agatha Christie was born in Torquay in 1890 and became the best-selling novelist in history. Her first novel, The Mysterious Affair at Styles, introduced us to Hercule Poirot, the most popular detective since Sherlock Holmes. She is known throughout the world as the Queen of Crime and her works have sold over two billion copies - 80 crime books, 19 ... Read moreplays, and six novels under the name of Mary Westmacott. Charles Osborne was born in Brisbane in 1927. He is known internationally as an authority on opera, though has had a lifelong passion for Agatha Christie's works. His previous books include The Life and Crimes of Agatha Christie and Black Coffee. Show Less

Reviews for The Unexpected Guest
For Black Coffee: `A lively and light-hearted read which will give pleasure to all those who have long wished that there was just one more Christie to devour' - Antonia Fraser, Sunday Telegraph ... Read more `A worthy addition to the Christie canon' - The Spectator Show Less

Goodreads reviews for The Unexpected Guest