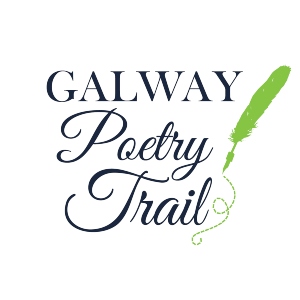 The Galway Poetry Trail is a series of 25 different bronze and limestone plaques dotted around Galway city, each featuring a piece of writing about the place in which they are situated.

The plaques can be found in locations such as the Salthill Prom, the Claddagh and Waterside & feature the writing of Seámus Heaney, W. B. Yeats, Moya Cannon, Pádraic Ó Conaire, Walter Macken, Gerald Dawe and Rita Anne Higgins amongst others. Three of the texts on the trail are as Gaeilge – in the Irish language.

You can enjoy the poems while walking around the city, as you come across them, or by taking a self-guided tour of the trail. You can view the list of plaques and the trail in the brochure, which can be viewed below or you can pick up copies in Kennys Bookshop or the Galway Tourist Office.

The Galway Poetry Trail is organised jointly by Kennys Bookshop and Galway City Council, and in conjunction with Cúirt International Festival of Literature and has been added to annually since the first plaque was installed in 2005.

List of the 25 plaques on The Galway Poetry Trail: 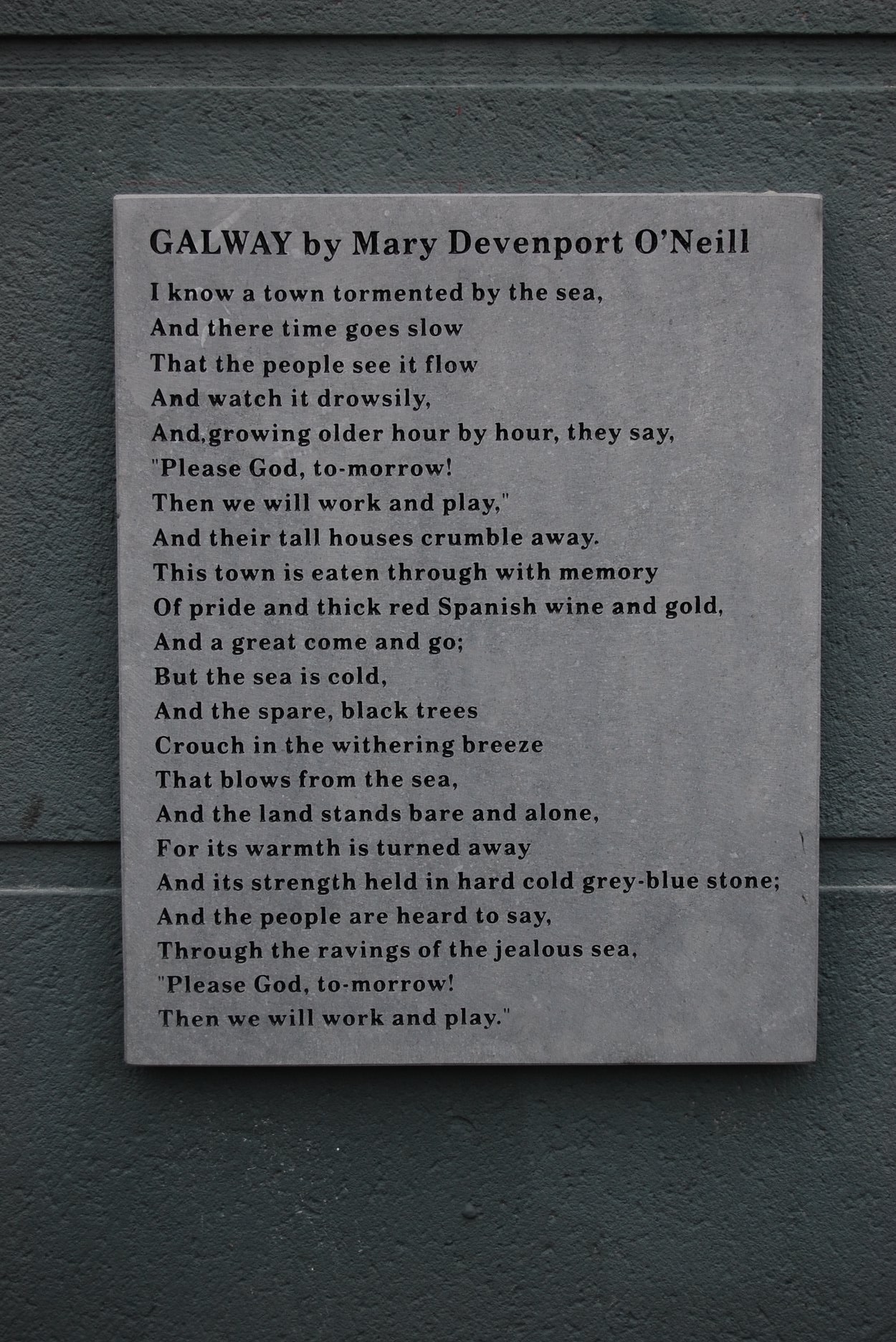 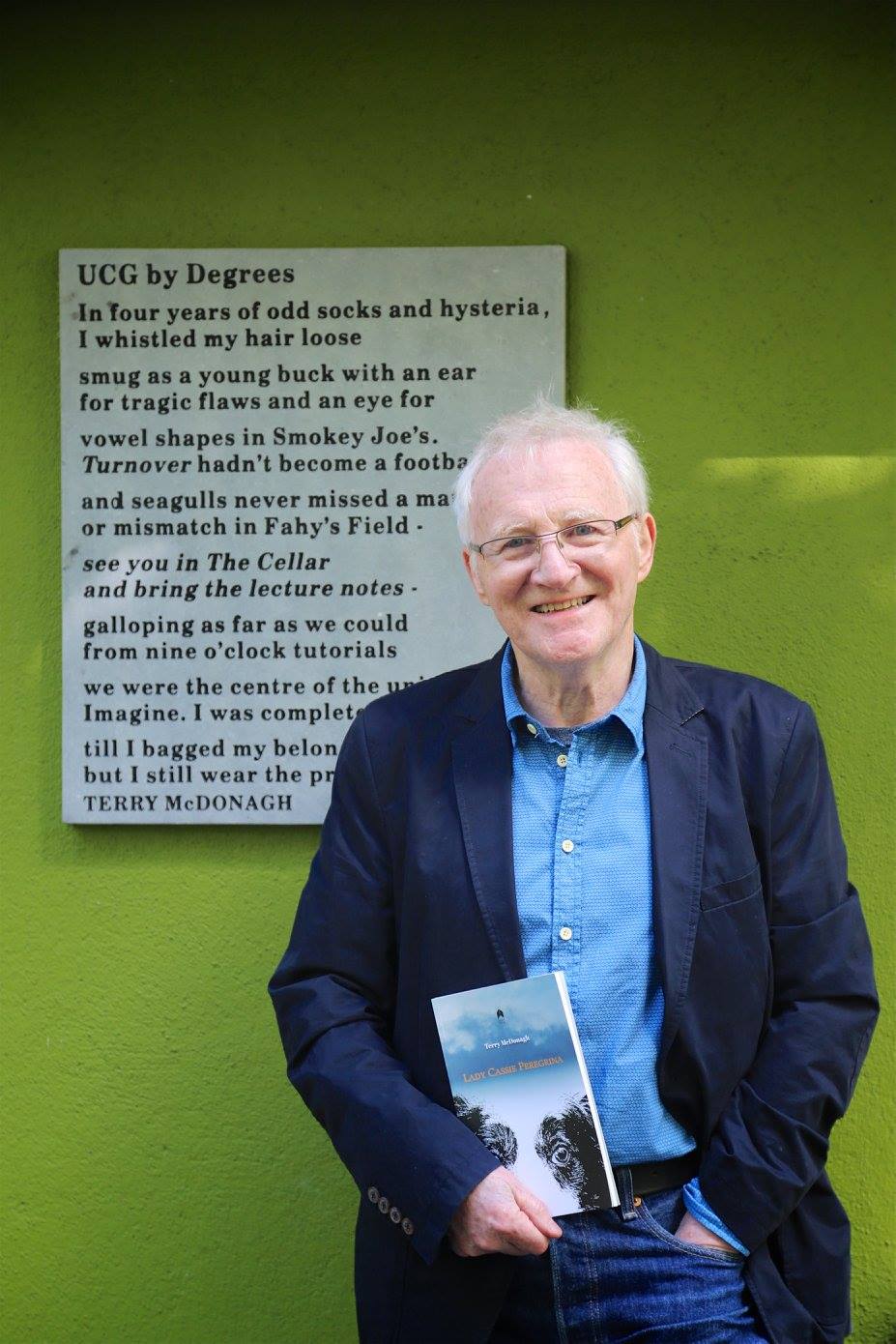 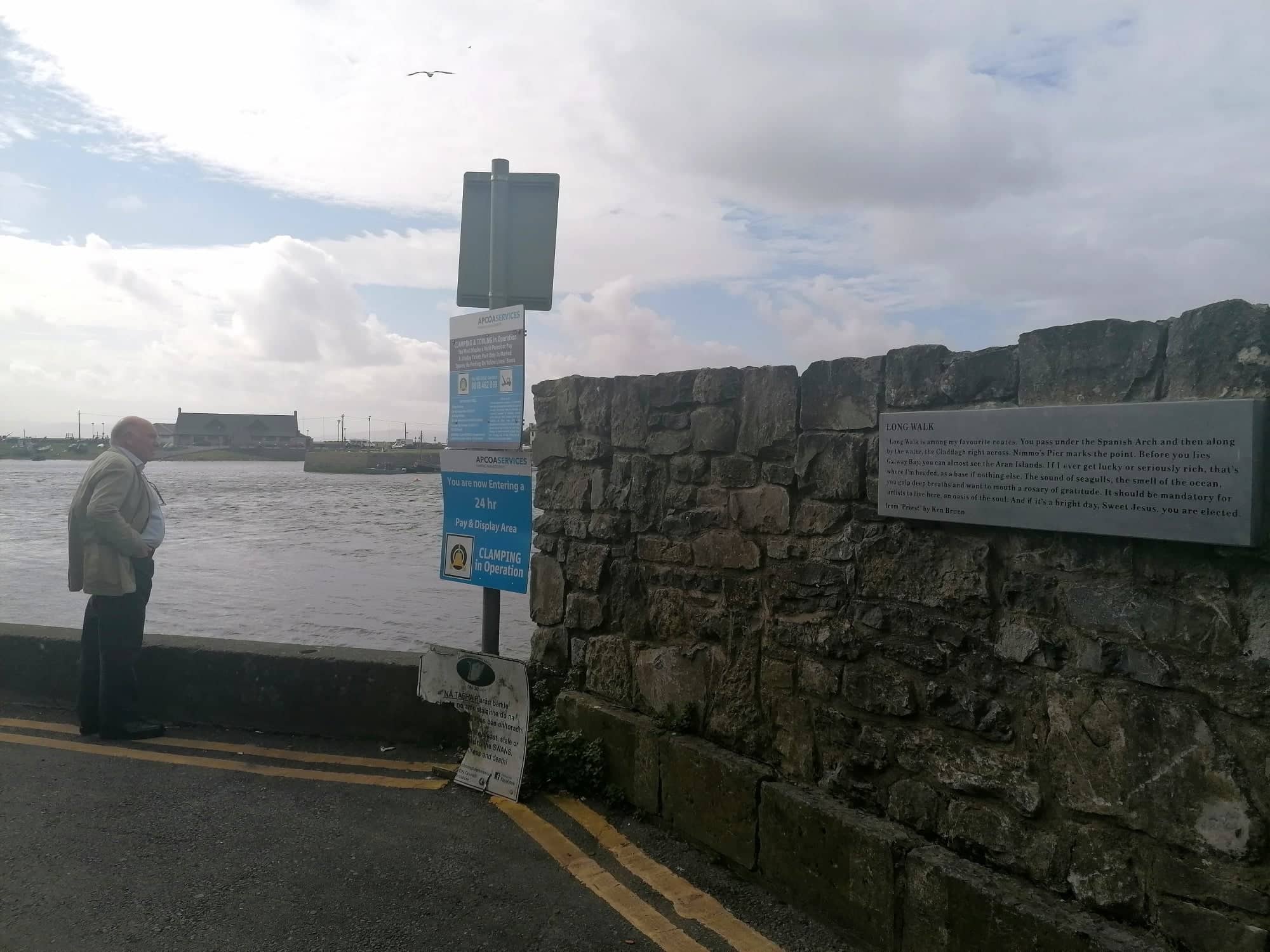 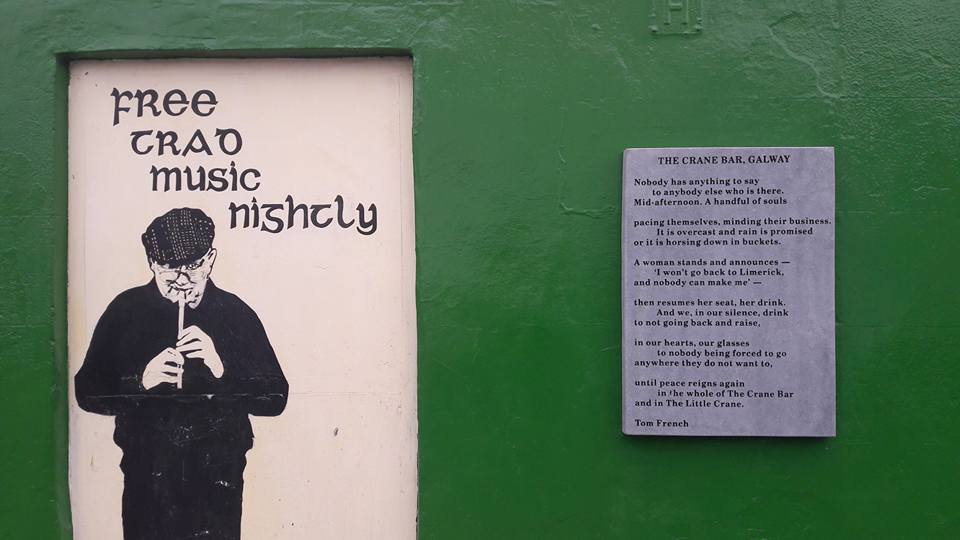 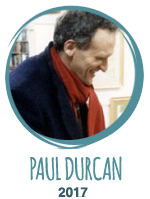 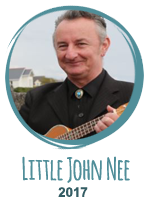 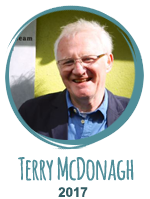 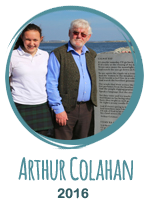 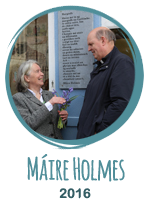 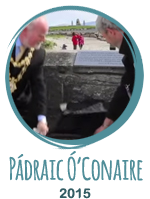 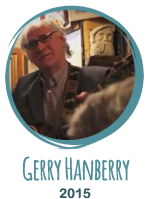 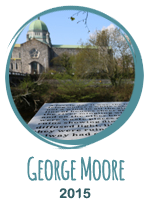 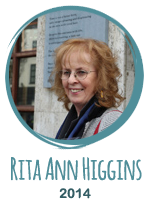 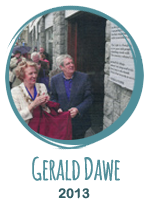 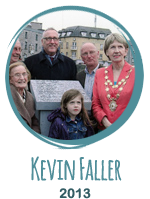 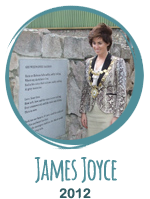 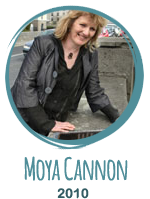 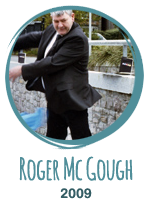 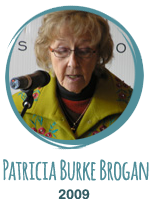 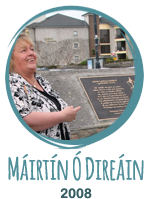 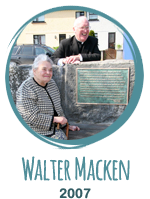 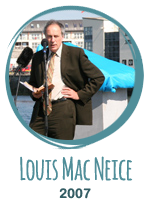 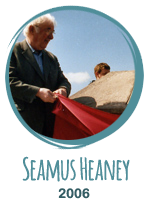 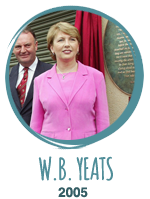 Tom Kenny of Kennys Bookshop introduces Páraic Breathnach to launch a beautiful plaque with an excerpt from Deoraíocht by writer Pádraic Ó Conaire on The Prom at Grattan Road, Salthill, Galway as part of the 2015 Cúirt International Festival of Literature. 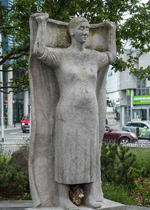 On International Women’s Day, March 2009, Patricia Burke Brogan’s poem “Make Visible the Tree” about the Magdalen Laundry together with a limestone sculpture of a Magdalen Woman were unveiled by the author with the sculptor Mick Wilkins in attendance. The sculpture and the poem are located in Forster Street, close to the site of the laundry. 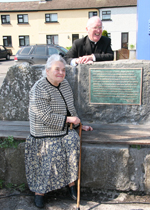 The crowd then moved to the other end of the pier to a seat near the Claddagh Hall on which there is an extract from “Rain on the Wind” by Walter Macken. This evocatively describes how the sunset changes the colours and atmosphere of the houses on Long Walk, just across the river. It was unveiled by the author’s son, Fr. Walter Macken together with Niall Ó Brolcháin, Mayor of Galway and it was sponsored by David Niland. 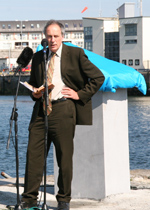 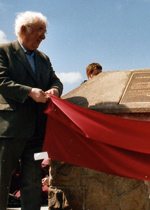 At Cúirt 2006, a poem entitled “Girls bathing at Salthill” was unveiled on Salthill Promenade. It was written by Seamus Heaney when he and his wife were on honeymoon in Galway, and it is located on the Promenade facing the ‘Ladies’ bathing area. It was unveiled by the poet himself and John Mulholland, who was the assistant Mayor at the time. “Among schoolchildren as well as many a writer and poetry fan, Heaney, smiling public man, spoke and read and twinkled”. 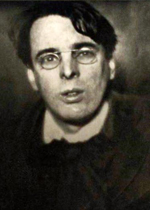 The first plaque in what went on to become the Galway Poetry Trail was unveiled at Ballybrit , the venue for the Galway Races.

The poem “At Galway Races” by William Butler Yeats was cast in bronze and placed at the side of one of the stands at the racecourse in 2005.