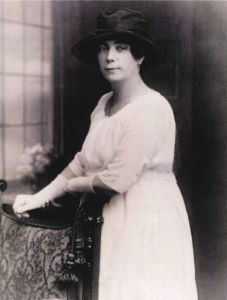 Nora Barnacle was born on the night of March 21st/22nd 1884 in the maternity ward of the workhouse, part of which served as a hospital. At the time her family were living in Raleigh Row. Her parents were Thomas Barnacle, an illiterate itinerant baker whose heavy drinking kept the family in poverty and Annie Healy, a member of a family of substance who believed in education and hard work. They married in 1881 and for the next 26 years, led a nomadic life as they moved from tenement to tenement almost with the birth of each child. They had 8 children in all, one of whom, John Patrick, died in infancy.

Nora was baptised on the day of her birth which would indicate she was in danger of death at the time. For the first year of her life, she lived in a tenement in Lower Abbeygate Street. By the time her mother had given birth to three children, Nora was sent to live with her grandmother Kate Healy in Whitehall where she ate and slept, but never lost contact with the rest of her family. Eventually, sometime after 1896, the Barnacle family got a small house in Bowling Green.

Nora started in the Convent of Mercy National School at the age of 5 and was there until age 13. She learned spelling, reading, writing, arithmetic, grammar, geography, needlework and drawing. She was an average student, not remembered for any great achievement but she must have shown some exceptional qualities as the Mercy Sisters recommended her for a job as portress at the Presentation Convent.

Nora was 13 years old when she started working there. The Presentation Sisters were an enclosed order at the time. There was a high wall surrounding the convent, the entrance to which was through a doorway in the wall which was generally locked. Nora's job was to man this door, answer queries, introduce callers to the Reverend Mother if necessary and to run messages. In those days, there was no radio or television, no cinema in Galway, just a few dance halls and theatres where concerts might be held. People had to invent their own entertainments like card games, parlour games, sing-songs and storytelling. Many of the youthful pastimes of the day were very innocent. 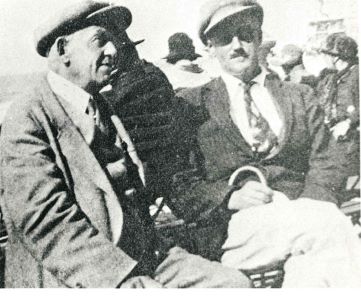 As Mary O'Holloran wrote "We were then only 16 years old. She (Nora) was the straightest pal I ever had, we were always together. When we used to get a penny for sweets which was very seldom in those days, we would go to a Mrs. Francis, she was nearly blind and had a sweet shop on Prospect Hill. While she would be looking for the half-pound weight, we would have the pound weight on the scales and Nora would hold up her pinafore for the sweets and we would be away like hell with roars of laughter and our pinafores full of sweets. On Holly Eve night, my father used to make games for us such as cross sticks hanging from the ceiling. There would be an apple on one stick, soap on another and a lighted candle on the other. Our eyes would be covered. My father would spin the sticks around and we would try to bite the apple, he would put the soap into Nora's Mouth and the house would be in roars of laughter".

Nora was a very attractive girl, vivacious and full of mischief, quite tall with a beautiful head of auburn hair. She had three boyfriends in Galway, the first was Michael Feeney from William Street West who died in 1897 and was buried in Rahoon. The second was Michael Bodkin who lived at No. 2, Prospect Hill, "A very handsome young man with a beautiful head of black wavy hair, a great admirer of Nora but she was too young (she was 15 to his 18) and was afraid to be seen with the boys. Bodkin once gave Nora a bracelet and is said to have got up from his tubercular deathbed and serenaded her at her window. He died from TB and was also buried in Rahoon.

The third boyfriend was Willie Mulvagh, a son of a Protestand RIC man. He worked in Joe Young's Mineral Water Factory. She said she did not love him but because there were objections at home, she persisted with him. Then one night, in early 1904, her uncle, Tommy Healy caught her with her 'protestant' friend and beat her. The relationship between Nora and her uncle was never warm but now she was positively afraid of him so she left Galway for Dublin shortly afterwards, met James Joyce on June 16th, became his muse and stepped into literary history.

Our photographs show James Joyce with Michael Healy, an uncle of Nora's who financially supported Joyce and Nora and indeed Nora's mother throughout his life. The other is a beautiful study of Nora. Both are dated 1912.