Remembering Maureen Kenny on what would have been her 100th Birthday

The Mother of all the Kennys 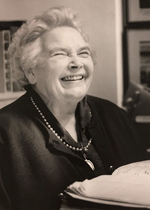 The 28th of April 2018 would have been the 100th birthday of Maureen Kenny. Maureen Kenny founded Kennys Bookshop in 1940 with her husband Des and worked in the bookshop all her life. It was her way of life. Seámus Heaney once called her, 'The Madonna of the Manuscripts'. Des Kenny remembers her here, in ómós.

There is a memory of a familiar figure hunched over a small table at a sitting room window. Carefully, slowly, she is writing in a beautiful script on cards using a pen and nib with black ink, each card bearing the same message: “Suggestion for a Rainy Day”. The suggestion is that should the day be wet, the reader, who presumably is on holiday, might do worse than visit Kennys Bookshop in High St in Galway.

Nearly all the owners agreed to do this, only delighted to get rid of grumpy customers bewailing the lack of sun in Sunny Salthill for an hour or two and who might return to their lodgings in good form. Many of them did.

The hunched figure was our mother and the cards, which became legendary, were our first experience in marketing. Over the years, many other such examples were to follow such as encouraging local women who were skilled in handcrafts to bring some of their product into the shop during the summer, thus creating some income for themselves and for us.

During the 1950s, we began to sell art and to watch mother sell a painting was probably one of the best lessons in salesmanship we ever got. Many a customer walked out of the shop with a painting under their arm, blissfully happy that mother had made possible a purchase they could not have dreamt of an hour or two before that.

At that time, the paintings and crafts were sideshows to the main business of the shop, the buying and selling of books. It was here the teamwork between mother and father became more evident. They were like gloves in hand although for the first two decades of our lives, it was mother who drove the bookshop. Father had to work elsewhere to put food on the table.

Although the vast majority of the writers were men – it was Terence De Vere White who called mother “A Formidable Woman” – a noticeable growing number of women writers were regulars. During these visits, mother and the writer would disappear into the back of the shop and gales of laughter would emanate at regular intervals therefrom.

In fact, a list of the women writers who visited the shop reads almost like a Who’s Who of Irish literature at the time. Ethel Mannin mentions the shop in her Connemara Journal, Kate O’Brien was a regular and fond of reading bawdy poetry across the counter, Edna O’ Brien could be said to have begun her writing career in the shop while Eilis Dillon, Mary Lavin, Jennifer Johnston, Honor Tracy and Anita Leslie also graced our doors.

By the time that the censorship laws were repealed and a whole new generation of Irish women writers emerged, Mother was in pole position to encourage and to promote their work. One day at the beginning of the 1980s, an American lady called Jessie Lendennie walked in the door who, with her nascent Salmon Press, inspired an explosion of women poets to publish their work. Galway was alive with younger women poets such as Mary O’Malley, Rita Anne Higgins and the gentle Anne Kennedy amongst others. Mother took all this in her stride, encouraging the poets and promoting and selling the work.

In 1995, Mother’s great hero, Seamus Heaney won the Nobel Prize for Literature. The Irish Government marked the occasion by an official reception in Dublin Castle. Mother and guest were invited. I was the designated guest. It was a wonderful occasion and despite the fact that Heaney was practically mobbed after the speeches, mother fought her way in to shake his hand. There was no quarter asked or given. Heaney shook her hand warmly and hugged her. Then he spotted me at the edge pointed his finger and said: “Ye pushed the boat out”.

He had just written Mother’s epitaph: “She pushed the boat out”. 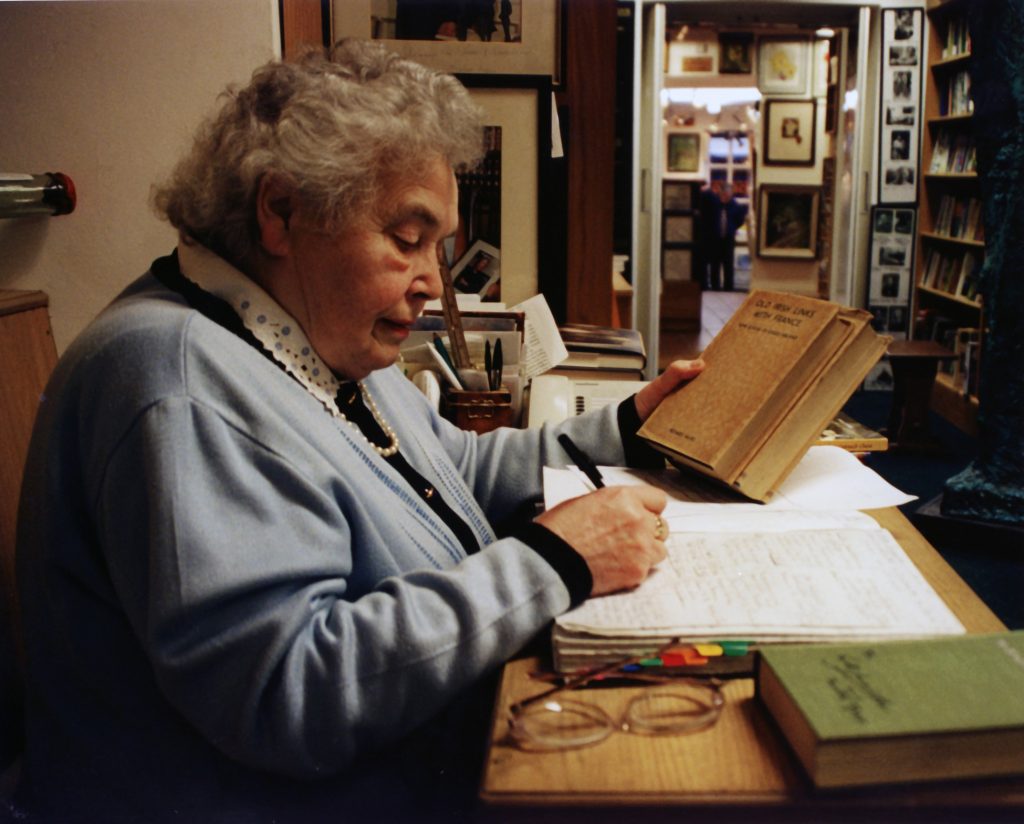