Home » Booktalk Blog » How I Escaped My Certain Fate

How I Escaped My Certain Fate 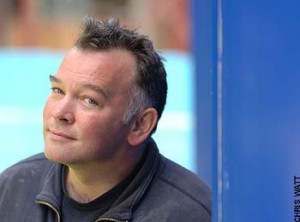 Stewart Lee - the 41st Best Stand Up ever, has written a book that brings a new approach to comedy...

I picked up the comedian Stewart Lee's new book, and read it cover to cover in only a couple of days - and it is like nothing I have ever read before, either style or content wise. Lee essentially brings us through selected happenings over a few years of his life, interspersed with the scripts of three stand up shows.

All of this is heavily footnoted with asides and explanations, which vary between the serious and the sideways glance.

Lee has strong views on almost everything, but he manages to stay well away from becoming offensive and rather satirizes modern society and all it's self imposed foibles. His routines on Top Gear and Jesus have, in particular, caused much comment, but are put in context wonderfully here - although I suspect that those that have difficulties with his act won't be the target audience for this book.

If you like his stand up comedy, then you will certainly like this - I'm hooked, and I can't wait to get my hands on his other titles.