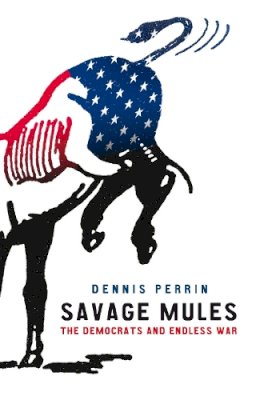 About Dennis Perrin
Dennis Perrin is the author of Mr Mike: The Life and Work of Michael O'Donoghue, The Man Who Made Comedy Dangerous and American Fan: Sports Mania and the Culture That Feeds It. His work has appeared in the Chicago Tribune, The Realist, Huffington Post, Mother Jones, at MSNBC, and in numerous independent weeklies and newspapers. He was a jokewriter for ... Read moreBill Maher, and has blogged under the name Red State Son. Show Less

Reviews for Savage Mules: The Democrats and Endless War
Michael O'Donoghue was the most innovative satirist of his generation. Thankfully, this book forsakes the tabloid sensationalism of so many less show-business biographies, and honestly captures its subject and his unique creativity. I loved it. Chevy Chase Laughter is a faculty that supposedly separates us from the beasts. But there is such a thing as a comedy animal, ... Read moreand Dennis Perrin has netted him with great aplomb. Humor, in the right hands, is no laughing matter. Christopher Hitchens A humorous yet unsparing look at us - the sporting public. USA Today Fascinating. New York Times Book Review Show Less

Goodreads reviews for Savage Mules: The Democrats and Endless War