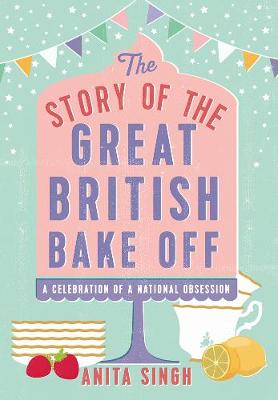 The Story of the Great British Bake Off

Description for The Story of the Great British Bake Off Hardcover. Num Pages: 224 pages. BIC Classification: WBB; WBVS. Category: (G) General (US: Trade). Dimension: 234 x 170. .
Take one tent. Fill with 12 amateur bakers. Garnish with one venerable cookery writer, one blue-eyed bread-maker, and two comedy queens with a love of innuendo. And there you have the recipe for the most popular show of our times. When The Great British Bake Off made its debut in August 2010, it had the makings of a modest hit. But nobody - not the programme-makers and certainly not those first contestants - could have predicted what was to come. Here was a show in which the biggest weekly drama was whether or not a sponge ... Read morecake would sink in the middle. And oh, how we loved it. Here is the ultimate Bake Off fan book: from bread lion to bin-gate; heart throbs to Twitter trolls; soggy bottoms to sticky buns. This is the celebration of Britain's most popular cookery contest. Show Less

About Anita Singh
Anita Singh is a journalist who has covered television, film and culture for nearly 20 years, including a decade as arts and entertainment editor for The Daily Telegraph. She lives in London with her husband and two children. She really loves cake.

Reviews for The Story of the Great British Bake Off
'Singh charts their rise and rise with warmth and humour ... as colourful and sparkling as the show itself' Daily Express. 'From soggy bottoms to bin-gate , this biography of our beloved Bake Off is sure to satisfy even the pickiest of giftees' Red magazine.

Goodreads reviews for The Story of the Great British Bake Off