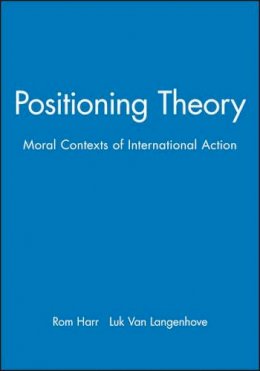 About
Rom Harre is Fellow of Linacre College, Oxford, and Professor of Psychology at Georgetown University. His numerous publications include The Explorations of Social Behaviour, Social Being, Personal Being, Physical Being and Varieties of Realism.