Home » Other Categories » Modern period, c 1500 onwards » Conversations with the Dead
24%OFF 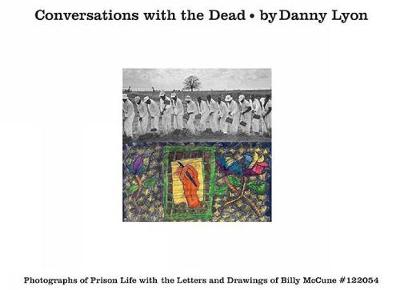 Conversations with the Dead

About
Danny Lyon has long been considered one of the most original and influential documentary photographers and has produced numerous highly collectible photobooks, mounted solo exhibitions at the Whitney Museum of American Art, The Art Institute of Chicago, The Corcoran Gallery in Washington DC, and won two Guggenheim Fellowships, a Rockefeller Fellowship, and ten National Endowment for the Arts awards. Lyon ... Read moredivides his time between New York State and New Mexico. Other Danny Lyon photography books published by Phaidon include Danny Lyon: Memories of Myself (2009), Deep Sea Diver: An American Photographer's Journey in Shanxi, China (2011), and The Seventh Dog (2014). Show Less

Reviews for Conversations with the Dead
The idea of conscience has been imbedded more deeply in Mr. Lyon's photographs than in those of all but a few of his contemporaries. -The New York Times Conversations with the Dead is the purest expression of Lyon's human spirit. -Collector Daily Lyon's black-and-white photographs of prisoners are so striking... ... Read morethey capture the experience of incarceration in a visceral way. -Collector Daily To some, he's idealizing people who really are not good people at all - they're just criminals. But to Danny maybe they're good people who just never had a chance. -Larry McMurtry, The New York Times beautiful, harrowing... a timely reissue -Vice Conversations with the Dead reminds us that humanity is worth the fight. -Crave a classic of insider reportage... Lyon was a pioneer of what might be called immersive photojournalism... over 40 years after its initial publication, the book retains its raw power and its lingering sense of sadness at lives wasted -The Observer The resulting images are so vivid that you can practically smell and hear them. -Bookforum The access he had is as fascinating as the photos. -Mother Jones A photo essay that is remarkable for its uniqueness. -Black & White Photography Masterpiece. -The Independent Lyon's black-and-white photographs of prisoners are so striking... They capture the experience of incarceration in a visceral way. -PDN A surprisingly emotional picture of life inside. -The Daily Telegraph Show Less

Goodreads reviews for Conversations with the Dead