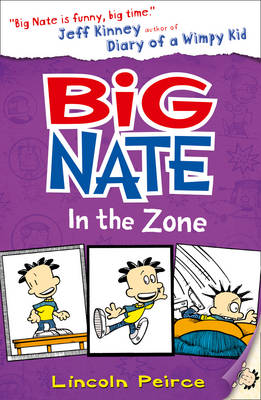 About Peirce, Lincoln
Lincoln Peirce began creating comics in the 6th grade (just like Big Nate!). He went on to teach art at a New York City High School. Lincoln created the cartoon-strip character Big Nate in 1991, naming the character after a nickname he gave his older brother as a kid. He lives in Portland, Maine in the US and as well ... Read moreas creating Big Nate comic strips and books, he hosts a local radio show. Show Less

Reviews for Big Nate in the Zone (Big Nate)
Lincoln Peirce is one of my cartooning heroes, and BIG NATE ranks as a comics classic. Year in and year out, Big Nate is among the best comics on the funny page. Jeff Kinney

Goodreads reviews for Big Nate in the Zone (Big Nate)