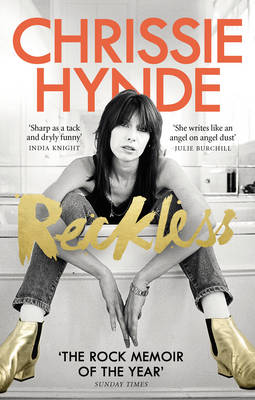 About Chrissie Hynde
CHRISSIE HYNDE is a singer, songwriter, and guitarist, best known as the leader of the Pretenders. Hynde released nine studio albums as the Pretenders, beginning with1980's Pretenders, which Rolling Stone ranked in the top 15 best debut albums of all time. Most recently, she released the album Stockholm, under her own name, in 2014. She lives in London.

Reviews for Reckless
Chrissie Hynde has just written the rock memoir of the year
Sunday Times
Chrissie Hynde's autobiography Reckless ... out-rocks them all
Washington Post
She writes just like she lives, and just like she makes music. She does it her way, which is an inimitable multiplicity of things: impulsive, untamed, ragged, proud, a ... Read morelittle sad around the edges
Daily Beast
Full of engaging stories, dry wit and revelations
Guardian
She writes beautifully
Mail on Sunday Show Less