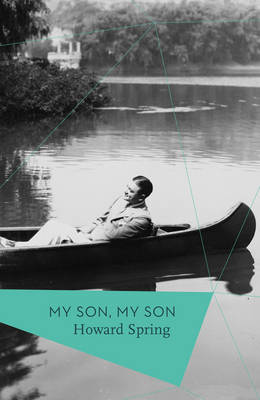 My Son, My Son

Description for My Son, My Son Paperback. First published in 1938, MY SON, MY SON is bestselling British author Howard Spring's multigenerational portrait of a relationship between father and son. Editor(s): Schmidt, Michael. Num Pages: 656 pages. BIC Classification: FC. Category: (G) General (US: Trade). Dimension: 133 x 198 x 46. Weight in Grams: 646.
What a place it was, that dark little house that was two rooms up and two down ... I don't remember to this day where we all slept, though there was a funeral now and then to thin us out. This is the powerful story of two hard-driven men - one a celebrated English novelist, the other a successful Irish entrepreneur - and of their sons, in whom are invested all their fathers' hopes and ambitions. Oliver Essex and Rory O'Riorden grow up as friends, but in the years after the Great War their fathers' lofty ... Read moreplans have unexpected consequences. Show Less

About NA
Howard Spring (1889-1965) won worldwide fame with his bestselling novel O Absalom! - afterward reissued as My Son, My Son to avoid a clash with William Faulkner's Absalom, Absalom! He settled in Cornwall, the setting for books that followed, such as Fame Is the Spur (1940), Hard Facts (1944), and The Houses in Between (1951).

Reviews for My Son, My Son
'Mesmerising ... 600 pages of astute observation about social division, loveless marriage, the Troubles, the errors of over-indulgent fatherhood and the upheavals of World War I make for a hugely irresistible and satisfying read' Daily Mail. 'A vigorous novel of frustrated lives. A story that is remorseless in its insistence on futility; pitiless as life itself' Times Literary Supplement.

Goodreads reviews for My Son, My Son