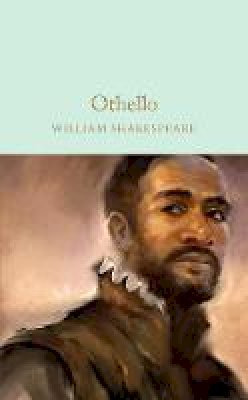 Description for Othello (Macmillan Collector's Library) Hardcover. Num Pages: 212 pages. BIC Classification: DDS. Category: (G) General (US: Trade). .
Othello is an intense drama of love, deception, jealousy and destruction. Desdemona's love for her husband Othello, the Moor, transcends racial prejudice; but his trusted ensign, the envious Iago, conspires to devastate their lives. In its vivid rendering of the savagery lurking within civilization, Othello is arguably the most topical and accessible tragedy from Shakespeare's major phase as a dramatist. The play raises uncomfortable and pertinent questions about both racial identity and sexuality, as Othello and Desdemona's relationship becomes the voyeuristic site of Iago's attempt to destroy them. This Macmillan Collector's Library edition is illustrated throughout ... Read moreby renowned artist Sir John Gilbert (1817-1897), and includes an introduction by Ned Halley. Designed to appeal to the booklover, the Macmillan Collector's Library is a series of beautiful gift editions of much loved classic titles. Macmillan Collector's Library are books to love and treasure. Show Less

About William Shakespeare
William Shakespeare was born in Stratford-upon-Avon, Warwickshire, in 1564. The date of his birth is unknown but is celebrated on 23 April, which happens to be St George's Day, and the day in 1616 on which Shakespeare died. Aged eighteen, he married Anne Hathaway. They had three children. Around 1585 William joined an acting troupe on ... Read moretour in Stratford from London, and thereafter spent much of his life in the capital. By 1595 he had written five of his history plays, six comedies and his first tragedy, Romeo and Juliet. In all, he wrote thirty-seven plays and much poetry, and earned enormous fame in his own lifetime in prelude to his immortality. Show Less