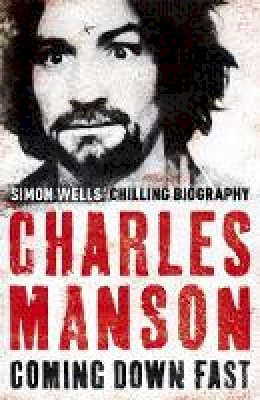 Description for Charles Manson: Coming Down Fast - A Chilling Biography Paperback. Forty years after the Manson Family murders, this is the definitive account of the crimes that shocked the world. Num Pages: 464 pages, 2 B & W plate sections. BIC Classification: 1KBB; BTC. Category: (G) General (US: Trade). Dimension: 198 x 133 x 32. Weight in Grams: 394.
*The definitive and bestselling account of Charles Manson* 'A sprawling, fast-paced account of Manson's life' The Times 'Fascinating' Daily Mail __________ Los Angeles, California. 1969. Seven people are found shot, stabbed and beaten to death in Beverley Hills. Among them is actress Sharon Tate, the beautiful young wife of Roman Polanski. It soon became apparent that a happyish cult known as 'The Family' was responsible. Their charismatic and manipulative leader, Charles Manson, took the public's imagination. As the world watched in morbid ... Read morefascination, the sensational and horrifying details of the case slowly emerged. Coming Down Fast is the definitive and most revealing account of one of the most notorious criminals in history, charting Manson's terrifying rise from petty-criminal to one of the most recognisable icons in criminal history. Including never-before-published photographs, this is the definitive book about Charles Manson. Show Less

About Simon Wells
Simon Wells has written on film and music for numerous magazine and newspapers including the Guardian and The Times and is a regular contributor to Record Collector, Hotdog and Total Film. In addition to his writing credits, Simon has researched numerous projects for the likes of the BBC, Channel Four and Virgin, as well as broadcasting live on LBC and ... Read moreBBC radio on film and music. Show Less

Reviews for Charles Manson: Coming Down Fast - A Chilling Biography
'The real reason for reading this unexpectedly fascinating book is for the overview on the whole Manson saga, reverberating from President Nixon downwards.'
Daily Mail
'Coming Down Fast is a sprawling, fast-paced account of Manson's life. . . (and) describes Manson's disrupted life in telling detail.'
The Times
'Simon Wells does a good job of wrapping ... Read moreall the facts together, debunking some of the myths and in a non-hysterical style, telling the gruesome story that enthralls 40 years on. The book conjures the feeling of the innocence of the 60s being blown away.'
Manchester Evening News
Show Less