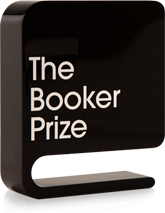 Here you'll find every winning and shortlisted book in the Booker Prize, since the inception of the prize in 1969!

(Occasionally books go out of stock or out of print, but these will reappear as we replenish. Cover images are for illustration purposes.)

The Booker Prize for literary fiction was first awarded in 1969 for the best original novel written in the English language and the prize was £21,000. Only Commonwealth, Irish and Zimbabwean citizens were eligible. The idea was to promote fiction at its finest and from the beginning, the organisers did exactly that. The prize was originally known as the Booker-McConnell Prize but it is more commonly referred to simply as ‘The Booker’.

Selection for the shortlist was a major honour and that the eventual winner was guaranteed international renown and success. From the beginning, the Booker was hugely significant to the book trade and of major importance to publishers. In 2013, the rules of eligibility were widened to include any English novel that was published in the UK.

Read Tom Kenny's take on The Booker Prize below >>>

Salman Rushdie's 'Midnight's Children', which scooped the prize in 1981, would go on to win the 'Booker of Bookers' in 2008, a prize for the best of all the previous winners to that point (occasion of the 40th anniversary). Seven books were shortlisted in 1981.

Seven books were shortlisted in 1980.

In 1970, The Booker Prize considered books published in the year of the prize - a break from the previous practice of selecting books from the year before.  As a year's worth of books were excluded by this move, and to rectify the record, the popularly voted 'Lost Booker' was awarded retrospectively in 2010. 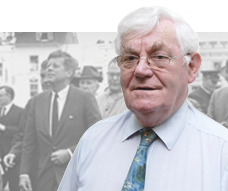 Our parents brought us up to believe that Irish literature is as good as anywhere else in the world and that our writers are among the best ambassadors this country has ever had.

When we look at the list of authors shortlisted for the Booker prize since its inception in 1969, we are particularly proud of those Irish writers who have won the prize outright, Roddy Doyle, Anne Enright, DBC Pierre and John Banville. But we also celebrate those who have made the shortlist down through the years, Elizabeth Bowen, William Trevor, Tom Kilroy, Brian Moore, Jennifer Johnston, Julia O’Faoláin, Molly Keane, John Arden, John McGahern, Pat McCabe, Bernard McLaverty, Seamus Deane, Colm Tóibín, Michael Collins, Brian O’Doherty and Sebastian Barry. We have been privileged to meet all of them and represent them by marketing and selling their work.

Other Booker short-listers who have come through our doors and whose photographs hang in our bookshop include Thomas Keneally, Nadine Gordimer, Beryl Bainbridge, Kingsley Amis, Fay Weldon, D.M. Thomas, J.M. Coetzee, Jan Morris, Margaret Attwood, Ben Okri, David Malouf and Julian Barnes. It has been an honour and a pleasure meeting these outstanding creators. They are some of the reasons why we welcome the Booker Prize every year and salute the remarkable work they have done in promoting literature at its finest.

Once you start to make a list, you are leaving people out, so it was inevitable that the Booker would be controversial from the start. Hot favourites were excluded, inferior books included, the wrong person was the winner etc. etc. Everybody had an opinion. This only served to further publicise the books and the prize, but whatever the arguments, you have to admit in looking at the list of winners and those who made the shortlist over the years, they have all been helped in their careers by being associated with the Booker Prize. Long may it continue!