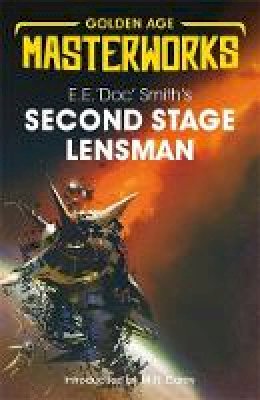 Description for Second Stage Lensmen (Golden Age Masterworks) Paperback.
Kim Kinnison, Number One man of his time, had faced challenges before - but rarely one as daunting as this. To him fell the perilous task of infiltrating the inner circle of Boskone, stronghold of galactic civilization's most deadly foe. Kinnison had to become a loyal Boskonian in every gesture, deed and thought. He had to work his way up through the ranks of an alien enemy organization, right into the highest echelons of power. Then it would be he who issued the orders - orders that would destroy his own civilization . . . Second Stage ... Read moreLensmen is the fifth self-contained novel in E. E. 'Doc' Smith's epic Lensman series, one of the all-time classics of adventurous, galaxy-spanning science fiction. Show Less