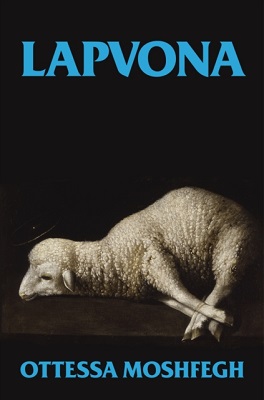 About Moshfegh, Ottessa
Ottessa Moshfegh is a fiction writer from New England. Eileen, her first novel, was shortlisted for the National Book Critics Circle Award and the Man Booker Prize, and won the PEN/Hemingway Award for debut fiction. My Year of Rest and Relaxation and Death in Her Hands, her second and third novels, were New York Times bestsell ers. She is also ... Read morethe author of the short story collection Homesick for Another World and a novella, McGlue. She lives in Southern California. Show Less

Reviews for Lapvona
Compelling... Moshfegh's bold venture beyond her comfort zone in Lapvona is a welcome promise of how much more she has to offer American literature today.
Financial Times
Moshfegh's genius is her ability to rip away the veil, revealing the horrors beneath, in writing so compelling, and bleakly funny, that we can't bear to look away.
i
... Read moreA witty, vicious novel.. . Moshfegh is one of our most thrilling chroniclers of the abject
Observer
What impresses here is not so much Moshfegh's abilities with character or narrative, or even her language . . . as the qualities Lapvona shares with a Francis Bacon painting: depicting in blood-red vitality, without morals or judgment, the human animal in its native chaos.
Guardian
Moshfegh expertly creates a world with its own superstitions and laws, both timeless and topical.
Oprah Daily
Deliriously quirky medieval tale . . . Moshfegh brings her trademark fascination with the grotesque to depictions of the pandemic, inequality, and governmental corruption, making them feel both uncanny and all too familiar. It's a triumph.
Publishers Weekly (starred review)
Booker-shortlisted Ottessa Moshfegh is likely to out-weird most things published next year - set in a medieval fiefdom, could it be a work of genius, too?
Stephanie Cross
Daily Mail,
Books to Look Out For 2022

Enjoyably disgusting - an effective...medieval fantasy.
Literary Review
One of America's most celebrated authors continues her exploration of what fiction has to offer with a further digression from the standard realist purview and into fantasy... a fascinating premise, and I'm excited to see the yarn Moshfegh is able to weave.
Chicago Review of Books
No one is quite who he first seems in the latest wicked tale from macabre master Moshfegh . . . Sculpting an eerily canny fabular world of contrasts and evil, cartoonish cruelty, in her signature way, Moshfegh conjures a grotesque, disturbing story of gross inequality and senseless strife.
Booklist - Starred Review
A thrilling dissection of illusion and reality.
SheerLuxe
Moshfegh writes brilliantly bizarre. Her arresting fourth novel continues this tradition.
Mail on Sunday
Lapvona is a sublime work in the truest sense - mighty, irrepressible and terrifying.
ArtReview
[A] truly unique novel.
Times Literary Supplement
Like a twisted reworking of A Hundred Years of Solitude... readers will no doubt relish its icy intensity and Old Testament grimness.
Spectator
Weird, unsettling and exciting...Moshfegh writes like a dream - or perhaps a nightmare?
Eastern Daily Press
A brazen, mordantly comic and decidedly odd examination of corruption... proving to be one of the most provocative and divisive reads of the year.
i,
Summer Reads of 2022

Brace yourself for a daring, dizzying fable about corruption.
Culture Whisper,
Summer Reads of 2022