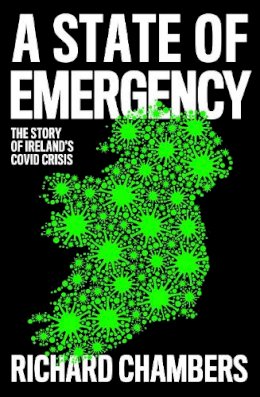 A State of Emergency: The Story of Ireland’s Covid Crisis

About Richard Chambers
As the News Correspondent with Virgin Media News, Richard Chambers is one of Ireland's most recognisable and respected broadcast journalists, whose coverage of the pandemic has earned widespread acclaim. Prior to joining Virgin Media in 2018, he spent five years as a reporter with Newstalk FM. A State of Emergency is his first book.

Reviews for A State of Emergency: The Story of Ireland’s Covid Crisis
'Absolutely RIVETING' - Marian Keyes 'The last thing I thought I would want to read at the end of 2021 was a book about Covid-19 ... I was wrong. At times it reads like a thriller with larger-than-life characters we all think we know, who ... Read moreare all just human in the end.' - Rick O'Shea 'An absolutely fascinating read' - Claire Byrne Show Less

Goodreads reviews for A State of Emergency: The Story of Ireland’s Covid Crisis