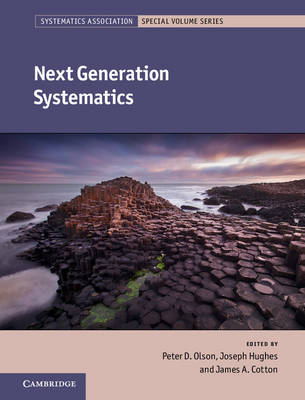 Description for Next Generation Systematics (Systematics Association Special Volume Series) Hardcover. Cheap and plentiful genome sequence data is transforming biology, and will surely transform systematics. This volume explores how. Editor(s): Olson, Peter D.; Hughes, Joseph; Cotton, James. Series: Systematics Association Special Volume Series. Num Pages: 351 pages, 40 b/w illus. 8 colour illus. 5 tables. BIC Classification: PSA. Category: (U) Tertiary Education (US: College). Dimension: 255 x 196 x 21. Weight in Grams: 960.
We live in an age of ubiquitous genomics. Next generation sequencing (NGS) technology, both widely adopted and advancing at pace, has transformed the data landscape, opening up an enormous source of heritable characters to the comparative biologist. Its impact on systematics, like many other fields of biology, has been felt throughout its breadth: from defining species boundaries to estimating their evolutionary histories. This volume examines the broad range of ways in which NGS data are being used in systematics and in the fields that it underpins, from biodiversity prospecting to evo-devo. Experts in their fields draw on contemporary case studies ... Read moreto demonstrate state-of-the-art applications of NGS data. These, along with novel analyses, comprehensive reviews and lively perspectives, are combined to produce an authoritative account of contemporary issues in systematics that have been impacted by the adoption of NGS. Show Less

About
Peter D. Olson is a Researcher in the Department of Life Sciences at the Natural History Museum, London. His research integrates comparative, developmental and genomic studies of parasitic flatworms aimed at unravelling the genetic basis of their evolution. He became involved in the field of molecular phylogenetics when PCR and manual sequencing were being widely used to generate the first ... Read moreribosomal-based estimates of animal phylogeny. Joseph Hughes is an evolutionary biologist working at the Medical Research Council - at the University of Glasgow Centre for Virus Research. He is especially interested in understanding the evolutionary forces that have shaped the solutions that different species have found to adapt to their environment. He has embraced the deluge of data from high throughput sequencing platforms and currently mainly works on non-living particles known as viruses. James A. Cotton is a Senior Staff Scientist in the Parasite Genomics group at the Wellcome Trust Sanger Institute. His background is in phylogenetic theory and methods, and he now leads projects on comparative, evolutionary and population genomics of parasites of medical and veterinary importance. Show Less