Home » Other Categories » Groupings linked by seas » Eli Ben Amram and his Companions: Jewish Leadership in the Eleventh-Century Mediterranean Basin
3%OFF 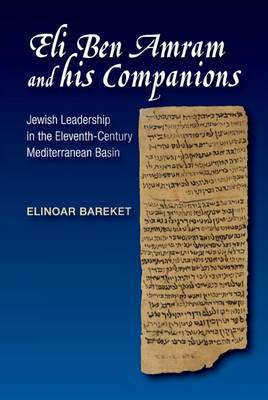 Eli Ben Amram and his Companions: Jewish Leadership in the Eleventh-Century Mediterranean Basin

Description for Eli Ben Amram and his Companions: Jewish Leadership in the Eleventh-Century Mediterranean Basin Hardcover. Num Pages: 272 pages, illus. BIC Classification: 1QRM; 3H; HBJF1; HBLC; JFSR1; JPHL. Category: (G) General (US: Trade). Dimension: 234 x 156. .
Eli Ben Amrams correspondence, discovered in the Genizah of Cairo, consists of his communications with Jewish figures from Egypt, Palestine, Babylon and Spain. As the Fustat community leader during the second half of the eleventh century his writings reveal not only the political situation pertaining to the Mediterranean Basin at the time, but are unique with regard to how Jewish society fared and functioned. He was a determined writer in that he expressed himself well on many topics and wrote up his plans for his community, as well as his reservations, in dozens of letters, court documents and ... Read morepoems, all of which were revealed in the Genizah. Although not a senior Jewish leader, he was head of the Fustat community in Egypt -- the most important in the Jewish hemisphere during the eleventh century. He had been appointed by higher-ranked leaders, such as the Gaon from the Palestine Yeshiva, and by wealthy Jewish courtiers from Cairo. Ben Amrams local decision-making was dependent in some ways on the policies adopted by these leaders, but in turn they were aware of his key role and influence as leader of the wealthy Fustat community. His wide-ranging correspondence sheds light not only on Jewish leadership at this time, but on the prevailing circumstances under which Judaism was able to flourish. Eli Ben Amrams correspondence reveals that despite geo-political differences, there were substantive similarities among the Jewish communities of the Mediterranean Basin during early-medieval period. Show Less

About Baraket, Elinoar
Professor Elinoar Bareket is a Senior Lecturer at Achva Academic College, under the academic auspices of Ben-Gurion University, and at Sapir Academic College. Her published works include The Gaonite Era: Jews Under Islamic Rule During the 7th to 12th Centuries (2007). She is a recognized authority on Jewish communities under Islamic rule in the 11th century, with emphasis on communities ... Read moreand the centers of authority in Palestine and Babylonia. Her latest research involves early Jewish literary and poetic writings as a means of understanding political and sociological messages. Show Less

Reviews for Eli Ben Amram and his Companions: Jewish Leadership in the Eleventh-Century Mediterranean Basin

Goodreads reviews for Eli Ben Amram and his Companions: Jewish Leadership in the Eleventh-Century Mediterranean Basin