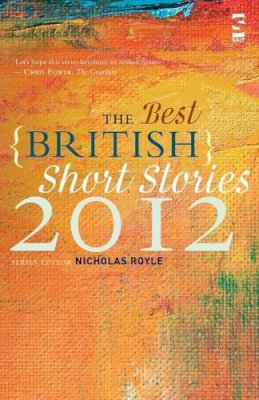 About Nicholas Royle
Nicholas Royle was born in Manchester in 1963. He is the author of seven novels, including: Counterparts, Saxophone Dreams, and First Novel, and a short story collection, Mortality. He has edited sixteen anthologies, including A Book of Two Halves and Neonlit: Time Out Book of New Writing. He lives between London and Manchester and teaches creative writing at MMU. ... Read more Socrates Adams lives in Manchester and works as a bookseller. His first novel, Everything's Fine, was published by Transmission Print in January 2012. He has had stories published in Shoestring, Word Soup: Year One and Murmurations: An Anthology of Uncanny Stories About Birds. A.K. Benedict read English at Cambridge and studied creative writing at Sussex. She has composed film and TV soundtracks and has published short stories and poems in small journals. Her first novel, The Beauty of Murder, is due to be published in late 2012. Neil Campbell is a short story writer, novelist and poet. From Manchester, England, he has appeared three times in the annual anthology of Best British Short Stories (2012/2015/2016). He has published four collections of short fiction, two novels, two poetry chapbooks and one poetry collection, as well as appearing in numerous magazines and anthologies. Ramsey Campbell is the author of numerous novels and short story collections. He has been described, by the Oxford Companion to English Literature, as 'Britain's most respected living horror writer'. He is the President of both the British Fantasy Society and the Society of Fantastic Films. He lives on Merseyside. Stella Duffy has written thirteen novels including her latest, The Purple Shroud. The Room of Lost Things and State of Happiness were long-listed for the Orange Prize. She won the CWA Short Story Dagger in 2002 (Martha Grace) and 2013 (Come Away With Me), and Stonewall Writer of the Year in 2008 (The Room of Lost Things) and 2010 (Theodora). She has reviewed for The Review Show (BBC2), Front Row (BBCRadio4) and written articles for most major newspapers in the UK. In addition to her writing work she is a theatre director and performer. Stuart Evers is the author of two short story collections, Ten Stories About Smoking and Your Father Sends His Love, and a novel, If This is Home. He lives in London with his family. Julian Gough was born in London, grew up in Ireland and now lives in Berlin. He is the author of the novels Juno & Juliet and Jude. His short story, 'The Orphan and the Mob', won the 2007 BBC Short Story Prize. Joel Lane was born in 1963 and lives in Birmingham. He is the author of the novels From Blue to Black and The Blue Mask as well as a novella and four collections, The Earth Wire, The Lost District, The Terrible Changes and the booklet Do Not Pass Go. He has also edited or co-edited three anthologies of short stories. Jo Lloyd, brought up in Wales, has won the Asham Short Story Award and the Willesden Herald International Short Story Prize. Her stories have appeared in New Short Stories 3, Cut to the Bias and Riptide. 'Tarnished Sorry Open' received a McGinnis-Ritchie Award from Southwest Review for the best fiction published in the magazine in 2011. Award-winning poet and playwright Jaki McCarrick was born in London to Irish parents and educated at Middlesex University and Trinity College, Dublin. Her story, 'The Visit', won the 2010 Wasafiri Short Fiction Prize. Alison MacLeod's latest story collection, all the beloved ghosts (Bloomsbury), was shortlisted for Canada's Governor General's Award for Fiction and chosen as one of the Guardian's 'Best Books of 2017'. Her stories are often broadcast on BBC Radio 4. Her most recent novel, Unexploded, was long-listed for the 2013 Man Booker Prize and, in 2016, she was a joint recipient of the Eccles British Library Writer's Award. Alongside her writing, MacLeod has appeared at numerous international literary festivals and has served as a judge for a variety of literary awards. She is Professor of Contemporary Fiction at the University of Chichester. www.alison-macleod.com Michael Marshall Smith has published - under that name and as Michael Marshall and MM Smith - ten novels and four collections of short stories. Born in Knutsford, Cheshire, in 1965, he now lives in Santa Cruz, California. Dan Powell is an award winning author whose short fiction has been published in Carve, Paraxis, Fleeting and The Best British Short Stories 2012. In 2013 he received a Carve Esoteric Award for his story 'Storm in a Teacup' and his debut collection was shortlisted for the 2013 Scott Prize. He teaches part-time and is currently working on his first novel. Will Self is the award-winning author of eight novels and as many short story collections. A broadcaster and journalist, in February 2012 he was made Professor of Contemporary Thought at London's Brunel University. Robert Shearman has published three collections - Tiny Deaths, Love Songs for the Shy and Cynical, Everyone's Just So So Special. An award-winning playwright, radio dramatist and Doctor Who screenwriter, he is currently resident writer at Edinburgh Napier University. H.P. Tinker is the author of the short story collection, The Swank Bisexual Wine Bar of Modernity. His stories have also appeared in Dreams Never End, The Mammoth Book of Best British Crime, Bloody Vampires and elsewhere. Jonathan Trigell's first novel, Boy A, won the John Llewellyn Rhys Prize and was adapted as a BAFTA award-winning television film. He has published two more novels, Cham and Genus. Born in 1974, he lives in Chamonix. Emma Jane Unsworth's short fiction has been published by Comma, Prospect and Redbeck Press. Her first novel, Hungry, the Stars and Everything, was published by the Hidden Gem Press in 2011. Jeanette Winterson was born in Manchester and brought up in Accrington. Her first novel, Oranges Are Not the Only Fruit, was published in 1985. She has since published numerous books and in 2006 was awarded an OBE for services to literature. Show Less

Reviews for The Best British Short Stories
Slip this lightweight but nourishing anthology into your holiday bag. Editor Royle has selected 20 published stories from British writers. His own (excellent) taste means that little explosions of weirdness or transcendence often erupt amid much well-observed everyday life.
Boyd Tonkin
Independent
It's so good that it's hard to believe that there was no equivalent during the ... Read more17 years since Giles Gordon and David Hughes's Best English Short Stories ceased publication in 1994. The first selection makes a very good beginning
Kate Saunders
Times
Let's hope this series becomes an annual fixture.
Chris Power
The Guardian
A good core sample [Helen Simpson's analogy for the short story] tells you everything you need to know about the history and geography and inhabitants and social conditions of the area, in wonderfully concise form. Drawn from writers both famous and unknown, from printed sources, radio and the web, the stories in this collection, more often than not, do just that.
Carol Birch
Times Literary Supplement
Prepare to be amazed, horrified and delighted! From the quirkiness of Will Self's iAnna via the surrealism of HP Tinker's Alice in Time & Space and Various Major Cities and the pure, cinematic light of Stella Duffy's To Brixton Beach, to Jeanette Winterson's bold and exquisitely written All I Know About Gertrude Stein, this eclectic anthology encompasses an astonishing variety of style and content, bound together by two book-end pieces, each set in a library.
Susan Haigh
The Short Review
Show Less