Home » Literature » Democracy in America
28%OFF 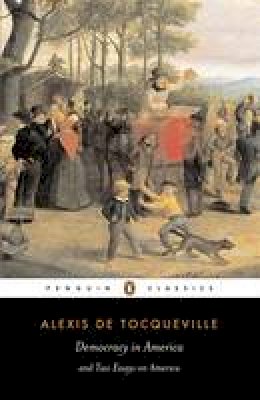 About Alexis Tocqueville
The French sociologist and historian, Alexis de Tocqueville (1805-59) was active in the law and served for a time as foreign minister. He also wrote L'Ancien Regime. Gerald Bevan is the translator. Issac Kramnick is Professor of Government at Cornell and edited The Federalist Papers for Penguin.

Reviews for Democracy in America
No better study of a nation's institutions and culture than Tocqueville's Democracy in America has ever been written by a foreign observer. -The New York Times The Bradley edition of Tocqueville's classic is the best now available in English. -Charles A. Beard Professor Bradley's edition should remain the standard one for our ... Read moretime. -F. O. Matthiessen With an Introduction by Alan Ryan Show Less

Goodreads reviews for Democracy in America