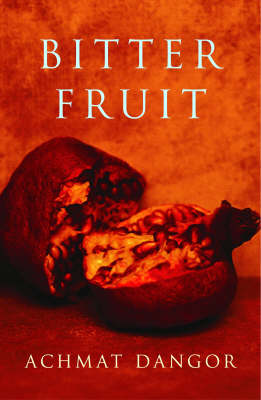 Description for Bitter Fruit Paperback. 'Bitter Fruit' is set in a changing South Africa at the end of the nineties as the Truth Commission is finishing its work. It prises open the remnants of a painful political history, and fearlessly explores the myths of sexual and racial identity. Num Pages: 256 pages. BIC Classification: FA. Category: (G) General (US: Trade). Dimension: 169 x 196 x 22. Weight in Grams: 270. Used Paperback in good to very good condition
SHORTLISTED FOR 2003 THE MAN BOOKER PRIZE Shortlisted for the Dublin IMPAC Award 2003 'Dangor's writing, and the world he creates with it, exude a vibrant physicality... Dangor's vivid prose, narrative fluency and facility for literary experiment make Bitter Fruit a considerable achievement.'-- Shomit Dutta, Daily Telegraph The last time Silas Ali encountered the Lieutenant, Silas was locked in the back of a police van and the Lieutenant was conducting a vicious assault on Lydia, his wife. When Silas sees him again, by chance, twenty years later, crimes from the past erupt ... Read moreinto the present, splintering the Ali's fragile family life. Bitter Fruitis the story of Silas and Lydia, their parents, friends and colleagues, as their lives take off in unexpected directions and relationships fracture under the weight of history.It is also the story of their son Mickey, a student and sexual adventurer, with an enquiring mind and a strong will.An unforgettably fine novel about a brittle family in a dysfunctional society. Show Less

About Achmat Dangor
Born in 1948 Achmat Dangor grew up in a mixed race township called Newclare. He devoted much of his life to politics, including heading up the Kasigo Trust, which, when created, was the largest black-led foundation in the country. Since laying down his duties as Director of the Nelson Mandela Children's Fund, Dangor is giving his full attention to his ... Read morewriting. His publications include Waiting for Leila (1981), and Kafka's Curse (1997). Show Less

Reviews for Bitter Fruit
Meticulously written and perfectly paced, the story, while grim, hints at an escape from history's tyranny.
Irish Times
This is a haunting story of a family disintegrating, wonderfully authentic on its context, gender and generation, its progress like slow dancing.
Barbara Trapido, Independent
'The unremitting intensity of Dangor's focus is just as notable as its depth.' ... Read more
Independent on Sunday
Show Less