Home » Irish Literature » The Art of the Glimpse
11%OFF 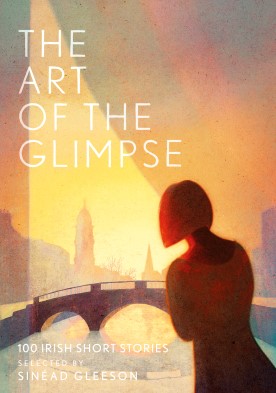 The Art of the Glimpse

€ 27.99
€ 24.99
You save € 3.00!
FREE Delivery in Ireland
Usually ships in 2 to 4 working days
Description for The Art of the Glimpse Hardcover. An anthology of the very best Irish short stories, selected by Sinéad Gleeson, author of Constellations. There have been many anthologies of the short story as it developed in Ireland ,but never a collection like this. The Art of the Glimpse is a radical revision of the canon of the Irish story, uniting classic works with neglected writers and marginalised voices - women, LGBT writers, Traveller folk-tales, lost 19th century voices and the first wave of 'new Irish' writers from elsewhere now making a life in Ireland. Sinéad Gleeson brings together stories ranging from the sublime to the downright bizarre, from classics to the new generation of writers, and from well known names to previously unpublished talent. The collection paints a tremendous spectrum of experience: the story of a prankcome good by Bram Stoker; Sally Rooney on the love languages of the new generation; Donal Ryan on the pains of ageing; Edna O'Brien on political entanglements; James Joyce on losing a loved one; and the internal monologue of a coma sufferer by Marian Keyes. The list of contributors is enormous at 100, and exhaustive, and this is definitely a book not to be missed.

Reviews for The Art of the Glimpse

Goodreads reviews for The Art of the Glimpse