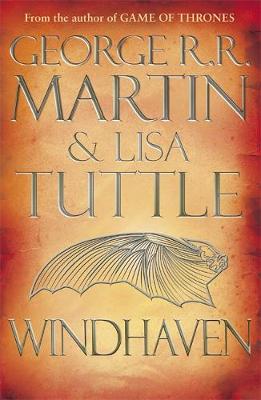 Description for Windhaven Paperback. A classic novel from George R. R. Martin, author of the hit HBO TV series A GAME OF THRONES, and award-winning author Lisa Tuttle. Num Pages: 400 pages. BIC Classification: FL. Category: (G) General (US: Trade). Dimension: 130 x 199 x 26. Weight in Grams: 284.
Among the scattered islands that make up the water world of Windhaven, no one holds more prestige than the silver-winged flyers, romantic figures who cross treacherous oceans, braving shifting winds and sudden storms, to bring news, gossip, songs and stories to a waiting populace. Maris of Amberly, a fisherman's daughter, wants nothing more than to soar on the currents high above Windhaven. So she challenges tradition, demanding that flyers be chosen by merit rather than inheritance. But even after winning that bitter battle, Maris finds that her troubles are only beginning. Now a revolution ... Read morethreatens to destroy the world she fought so hard to join - and force her to make the ultimate sacrifice... This early collaborative novel from George R. R. Martin and Lisa Tuttle is a masterclass of fantasy and storytelling. Show Less

About Martin, George R.R., Tuttle, Lisa
George R. R. Martin published his first story in 1971 and quickly rose to prominence, winning four HUGO and two NEBULA AWARDs in quick succession before he turned his attention to fantasy with the historical horror novel FEVRE DREAM, now a Fantasy Masterwork. Since then he has won every major award in the fields of fantasy, SF and horror. His ... Read moremagnificent epic saga A Song of Ice and Fire is redefining epic fantasy for a new generation. George R. R. Martin lives in New Mexico. Show Less