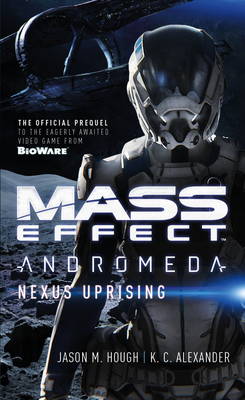 Reviews for Mass Effect - Andromeda: Nexus Uprising
I feel it compliments the game so perfectly that the two both must be consumed to fully appreciate the narrative of the new Mass Effect franchise. Entertainment Buddha it's been a long time since I've been so engaged in a book that I stayed up late to finish it, but when I got half way through, I ... Read moresimply had to know more Biblio Sanctum I was not expecting the sudden action of the first chapter...I suddenly didn't want to stop reading. Black Girl Nerds Show Less