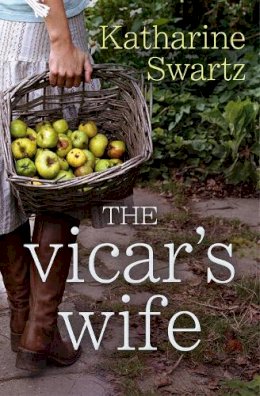 Description for The Vicar's Wife Paperback. A powerful drama of domestic life set between New York and rural Cumbria, and between the 1930s and the present day. Series: Tales from Goswell. Num Pages: 336 pages, black & white illustrations. BIC Classification: FRD. Category: (G) General (US: Trade). Dimension: 133 x 198 x 21. Weight in Grams: 242.
Jane is a New Yorker to the core, city-based and career-driven. But when her teenage daughter Natalie falls in with the wrong crowd at her Manhattan school, Jane's British husband Andrew decides to relocate from new York to a small village on Britain's Cumbrian coast, buying a vast and crumbling former vicarage. Jane hates everything about her new life: the silence, the solitude, the utter isolation. Natalie is no better, and their son Ben struggles in his new school. Even worse, Jane's difficulties create new tensions between her and Andrew. When Jane finds a scrap of ... Read morean old shopping list, she becomes fascinated with Alice James, who lived in the vicarage decades before. The Vicar's Wife takes readers on an emotional journey as two very different women learn the desires of their hearts - and confront their deepest fears. Show Less

Reviews for The Vicar's Wife
An absorbing and captivating tale that kept me on the edge of my seat. Heart-warming, dramatic, and impossible to put down, The Vicar's Wife is the new book from Katharine Swartz's immensely talented pen. -Julie Bonello, CataRomance Reviews
Julie Bonello A lovely story, told in both Jane and Alice's voices. Beautifully written, impossible to put down.
Rosemary ... Read moreSmith
Netgalley
The conflict of balancing motherhood with a career, as well as the effort required of marriage, are issues that will surely resonate with modern readers.
Alicia Sondhi
Foreword Reviews
Show Less

Goodreads reviews for The Vicar's Wife