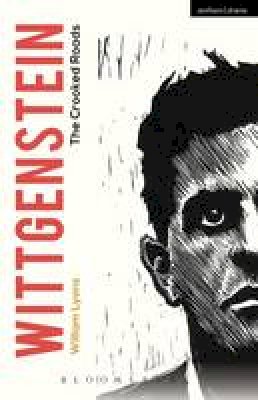 Description for Wittgenstein: The Crooked Roads (Modern Plays) Paperback. Series: Modern Plays. Num Pages: 88 pages, black & white illustrations. BIC Classification: DD; HPCF; HPL; HPM. Category: (P) Professional & Vocational. Dimension: 129 x 199 x 4. Weight in Grams: 86.
Difficult to know and impossible to forget, Ludwig Wittgenstein is remembered as the greatest philosopher of the twentieth century. He published only one book in his lifetime - a masterpiece that moulded the evolution of philosophy and baffled his teachers. Spanning most of his life, from his early encounters with Bertrand Russell in Cambridge to a final trip to New York via the Russian Front, Wittgenstein: The Crooked Roads tracks the journeys of a tortured soul. William Lyons, Professor Emeritus of Philosophy, Trinity College, Dublin, has written a moving and philosophically acute journey through successive decades of ... Read moreWittgenstein's career. The play received its world premiere on 19 April 2011 at the Riverside Studios. Show Less

Reviews for Wittgenstein: The Crooked Roads (Modern Plays)
This play is undaunted by [Wittgenstein's] famously incomprehensible ideas . . . [It] grabs philosophical enquiry by the shoulders and gives it a good shake . . . Wittgenstein is not afraid to air philosophical ideas. Did we understand them all? No. Will you understand them? Probably not. Does that matter? Not a bit. In fact that's the whole point. ... Read more
Londonist
Show Less