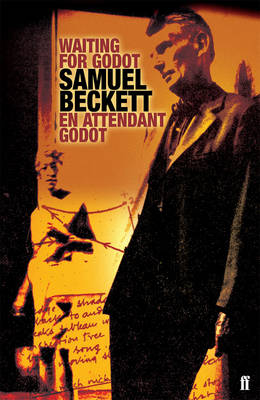 Description for Waiting for Godot Paperback. Num Pages: 208 pages. BIC Classification: DD. Category: (G) General (US: Trade); (J) Children / Juvenile. Dimension: 131 x 197 x 33. Weight in Grams: 198.
Written in French and first performed at the Theatre du Bablyone in Paris, in 1953, En attendant Godot was subsequently translated by Samuel Beckett into English as Waiting for Godot. It was performed at the Arts Theatre in London in 1955, and first published by Faber in 1956. To mark the centenary of Beckett's birth and the fiftieth anniversary of its original publication, Faber are now publishing for the first time a bilingual edition of this great masterpiece. Subtitled 'a tragicomedy in two acts', and once famously described by the Irish critic Vivian Mercier as a play ... Read morein which 'nothing happens, twice'. Waiting for Godot is also a play that was written twice. Here, on facing pages, the reader can watch it unfold simultaneously in two languages. Show Less

About Samuel Beckett
Samuel Beckett was born in Dublin in 1906 and graduated from Trinity College. He settled in Paris in 1937, after travels in Germany and periods of residence in London and Dublin. He remained in France during the Second World War and was active in the French Resistance. From the spring of 1946 his plays, novels, short fiction, poetry and criticism ... Read morewere largely written in French. With the production of En attendant Godot in Paris in 1953, Beckett's work began to achieve widespread recognition. During his subsequent career as a playwright and novelist in both French and English he redefined the possibilities of prose fiction and writing for the theatre. Samuel Beckett won the Prix Formentor in 1961 and the Nobel Prize in Literature in 1969. He died in Paris in December 1989. Show Less

Reviews for Waiting for Godot

Goodreads reviews for Waiting for Godot