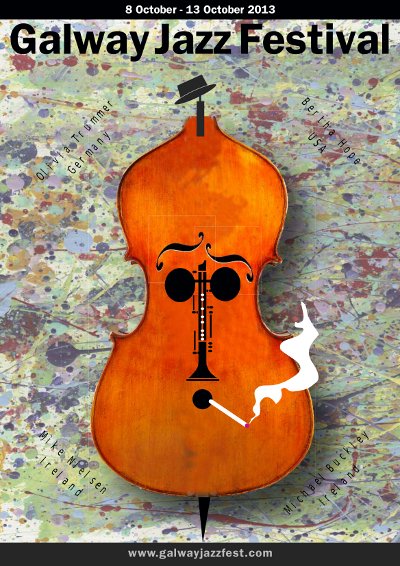 There are times when people can’t be blamed for wondering if the plethora of annual Galway festivals is really of any lasting benefit to the city. Outside of the Arts Festival, Cúirt, the Races, and the Film Fleadh, do any of them bring anything more tangible to Galway than a good time?

The simple fact is that they are but these benefits are for the most part intangible and therefore not immediately obvious. This was brought home to me about this time last year when for some bizarre reason I was honoured by being asked to open the Galway Jazz Festival.

Walking into the now sadly closed Bar 8, I was confronted by a bunch of smiling teenagers with a scatter of instruments. In front of them on a barstool was a fit looking octogenarian sitting nice and relaxed holding a trumpet. To my absolute delight, they launched into a version of “Watermelon Man” that any self respecting New Orleans jazz band would have been more than proud of. What was even more extraordinary was that this was the first time these teenagers from Headford and the godfather of Galway Jazz John Merrick had ever met not to mind played together. Notwithstanding this, what they were laying down would lift the darkest heart.

A couple of weeks ago the Education section of the Advertiser carried a piece inviting any teenager who might be interested in joining the Galway Youth Jazz orchestra to come along to the unlikely venue of Scoil Éinde on Doctor Mannix Road on a particular evening where they would receive the rudiments of Jazz instruction with a view to playing in the orchestra.

Both these Jazz orchestras were founded about the same time as the first Galway Jazz Festival was held. In fact one of the highlights of that festival was the concert given by the Galway Youth Jazz Orchestra in the Meyrick Hotel and some of these musicians were later to turn fully or semi professional playing with some of the best Jazz musicians in the UK. In fact, as John Fleming, one of the prominent figures in the Galway Jazz scene claims, Galway is currently the liveliest Jazz Centre outside of Dublin.

While the Galway Jazz Festival may not always be directly with these orchestras it goes without saying that it does have an indirect effect on their development as it does on the Jazz scene in Galway city and county. However, the commitment of the Jazz festival to the youth of Galway goes much deeper and is a classic example of what these festivals can add to the cultural life of the city and county.

One of the most important events of the festival is its School Programme where it has the visiting musicians visit participating schools in the city, introduce the pupils to Jazz and also give master classes. The only thing that is wrong with this programme is that it wasn’t in operation when I was at school.

So when you do support the Galway Jazz Festival – which this year is from the 9th the 13th of October – by going to one of their wonderful concerts, you are also supporting the cultural education of Galway’s youth. Now what better way to have a wonderful evening!