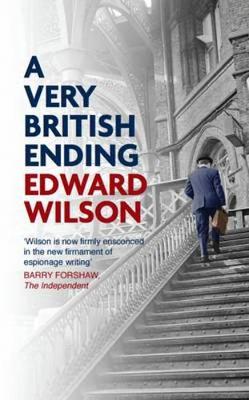 Description for A Very British Ending (Catesby Series) Paperback. Intelligent spy thriller from the 'thinking man's le Carre' centring around the plot to overthrow Prime Minister Harold Wilson. Series: Catesby Series. BIC Classification: FHD. Category: (G) General (US: Trade). Dimension: 200 x 131 x 28. Weight in Grams: 346.
An MI6 officer, haunted by the ghosts of an SS atrocity, kills a Nazi war criminal in the ruins of a U-boot bunker. The German turns out to be a CIA asset being rat-lined to South America.As a hungry Britain freezes in the winter of 1947, a young cabinet minister negotiates a deal with Moscow trading Rolls-Royce jet engines for cattle fodder and wood. Both have made powerful enemies with long memories. The fates of the two men become entwined as one rises through MI6 and the other to Downing Street. It is the mid-1970s and a coup d'etat is ... Read moreimminent.A Very British Ending is the Wolf Hall of power games in modern Britain. Senior MI6 officers, Catesby and Bone, try to outwit a cabal of plotters trying to overthrow the Prime Minister. The author once again reveals the dark underside of the Secret State on both sides of the Atlantic. Show Less

About Wilson, Edward
Edward Wilson is a native of Baltimore. He studied International Relations on a US Army scholarship and later served as a Special Forces officer in Vietnam. He received the Army Commendation Medal with `V' for his part in rescuing wounded Vietnamese soldiers from a minefield. His other decorations include the Bronze Star and the Combat Infantryman's Badge. After leaving the ... Read moreArmy, Wilson became an expatriate and gave up US nationality to become a British citizen. He has also lived and worked in Germany and France, and was a post-graduate student at Edinburgh University. He is the author of seven novels, A River in May, The Envoy, The Darkling Spy, The Midnight Swimmer, A Very British Ending, The Whitehall Mandarin and South Atlantic Requiem, all published by Arcadia Books. The author now lives in Suffolk where he taught English and Modern Languages for thirty years. Show Less

Reviews for A Very British Ending (Catesby Series)
'Edward Wilson himself is a most assured writer, adept more than most in this factual/fiction genre combining first-rate characterisation and a depth of detail that entwines itself around real and supposed events. This is a fantastic read.'
Morning Star
'We attempt to second-guess both Catesby and his crafty creator, and are soundly outfoxed at every turn...Wilson is now ... Read morefirmly ensconced in the new firmament of espionage writing'
Barry Forshaw
Independent
'Edward Wilson seems poised to inherit the mantle of John le Carre'
Irish Independent
Show Less